The IMAGINE IF! Accelerator is Innovation Forum’s pre-accelerator competition for science-based ventures that boasts a truly global reach. IMAGINE IF! gives early stage science start-ups the access and opportunities to transform a great idea into a successful start-up business. The program includes bespoke mentorship, the chance to secure non-dilutive capital, business development advice from leading professional services companies, and access to a global network of scientific innovators spread across the Innovation Forum network.

After a record-breaking number of applications, we are pleased to announce the list of Oxford IMAGINE IF! finalists who will now begin a program of bespoke mentorship from a team of IF Oxford Mentors to further develop their concept, business case, and pitch before the Oxford IMAGINE IF! Final in February.

In addition to the continued mentorship scheme, winners of the Oxford Final will be given dedicated support to prepare for the Global IMAGINE IF! Final in June and to begin catapulting their innovation beyond the IMAGINE IF! realms. Based on their needs, the Oxford winner will be the recipient of the generous contribution of the Oxford innovation ecosystem from:

1- The Oxford BioEscalator, a six-month lab bench in the Innovation Lab,

2- The Oxford Trust, a six-month office space in either its city centre OCFI or Headington located WCFI innovation centres.

The winner of the Oxford final will also progress to the next round of the competition to pitch alongside winners from other Innovation Forum branches, and hopefully follow in the footsteps of 2017-18 Oxford finalist and Global IMAGINE IF! Winner, BioMe Oxford.

Meet the 2019 IMAGINE IF! Oxford finalists:

PenPal, created by Adelie Health, turns a mechanical insulin pen into a smart device and revolutionises how patients can manage their diabetes. By precisely detecting the insulin dose delivered and interfacing with a smart phone PenPal helps empower users to control their condition and prevent missed or double insulin doses. The connectivity of Adelie Health’s award-winning device also allows healthcare professionals to more accurately monitor and keep a record of patients’ conditions—reducing the risk of hospitalisation and diabetic coma.

The Demoira Therapeutics team are developing a novel design strategy to deliver a wide range of nanoparticle delivery systems for gene therapy. Driven by a proprietary algorithm the Demoira system is taking a step towards making gene therapy a clinical reality and could help unlock gene-based treatments for rare disorders such as Huntington’s disease.

Narcflow is a unique medical device developed by Emendox Devices that is capable of delivering the life-saving drug Naloxone directly to the body in the event of an opioid overdose. Naloxone (Narcan) has been used by healthcare workers for over 40 years to arrest opioid overdoses, but rapidly getting the drug to those who need it outside of the hospital setting is challenging—resulting in 75% of drug-related deaths still being linked to opioid overdose. The Emendox Devices team hope that by distributing Narcflow into opioid user communities thousands of lives may be saved.

The GenOmics team are creating a simple finger-prick test to identify bacterial infection and alert GPs to whether antibiotic therapy will be effective. By rapidly distinguishing between bacterial and viral infections GenOmics hope to reduce unnecessary antibiotic use and antibiotic-resistant infections, as well as eliminating the dangerous and sometimes life-threatening consequences of mistaking a bacterial infection for a virus. The GenOmics technology is underpinned by novel antibodies that identify bacteria and a system for recognising the early stages of a patient’s immune response to the infection.

HuCELL are rethinking what is possible with stem cells. Currently, the speed of sustainably generating stem cell lines is a major limiting factor in academic and industrial research. Together the team at HuCELL have developed a process that is capable of generating stem cells that is more than 10x faster, cheaper, and higher yield than current techniques. The technology behind HuCELL will open up the possibility of generating a diverse range of cells from an individual—from liver cells to brain tissue—and could revolutionise patient-specific treatments and regenerative medicine.

Reproducibility of results is a major problem in cancer research. The knock-on effect of this variability is frequent failures in clinical trials of cancer treatments with huge financial costs and the risk of putting vulnerable patients in danger. The Imladris Technologies team are building an automated cloud lab to improve efficiency and reproducibility of experiments to accelerate the discovery of new cancer treatments. The team’s goal is to build the world’s largest cancer research database, with experimental results, statistical analysis, and literature ontologies.

Inulox is developing an enzyme-based product that is capable of converting ingested sugar into a prebiotic fibre. Spurred by a three-fold increase in sugar consumption across the population over the past fifty-years, Inulox hope their product will dramatically reduce obesity and associated diseases. Risk of diabetes and liver damage will also be reduced once the dietary sugar, often present as so-called “hidden sugars”, is converted and replaced with a healthy gut biome.

The Oxford Neuro Technologies team have been inspired by personal and professional experiences of brain injuries to revolutionise the way we use technology to improve patients’ quality of life. Research has shown that quality of rehabilitation care is a major predictor of the level of recovery a stroke or brain injury patient will make. Oxford Neuro technologies are developing a smartphone app to bring technology into the rehabilitation regime to maximise impact and improve results for a variety of brain injuries and neurodegenerative diseases.

Scout Health is a group of clinicians and data scientists who are developing a platform with disease prevention at its core. Patients are provided with an ecosystem of knowledge, support, testing, and guidance via a smartphone app allowing them to manage their health more effectively with the guidance of a health advisor and artificial intelligence. The Scout Health app is combined with diagnostic testing—such as blood tests—that identify health problems and potential treatments as early as possible. The system is approved by the Care Quality Commission.

Inspired by patients’ experiences of frustration and anxiety in the Accident and Emergency waiting room this team have come-up with concepts to transform a hospital waiting room into a relaxing and sociable space. By integrating green space, communal seating, and scannable wristbands a user is kept informed of their clinical journey and schedule; reducing patient anxiety and freeing-up hospital staff to more efficiently care for others.

Screen2Care (S2C) are developing a novel system to screen for common, but often asymptomatic, diseases that affect over 85% of the population. These conditions typically remained undiagnosed in their early stages but it remains uneconomic to preventatively test large numbers of people in the clinical setting. S2C’s solution makes preventative screening accessible and cost-effective with an innovative system based in toilets and urinals capable of diagnosing a variety of early-onset conditions.

The team at Spectre bio have created a low-cost sensing device—named Spectre—that is capable of detecting pollutants and other chemical signatures in both the environment and the human body. Spectre Bio hope to revolutionise how we measure pollutants both in and outside our bodies with their portable device that uses customised whole-cell biosensors, which can be miniaturised to the size of an ingestible pill.

We look forward to you joining us in February for the Oxford IMAGINE IF! Final where each start-up team will pitch their concept to an audience of investors, experts and innovators.

The Oxford IMAGINE IF! program would not be possible without the support of our local sponsors: BioEscalator, The Oxford Trust and Oxford Computer Consultants. 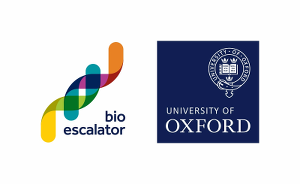 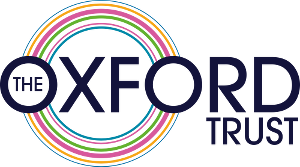 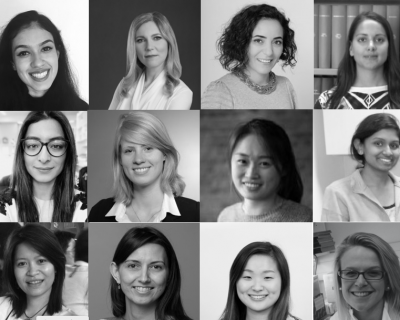 REGISTER HERE REGISTRATION DEADLINE 5th MAY WE ACE is a programme of workshops dedicated to women entrepreneurs in health and life sciences, with a focus on leadership and negotiation.   In 2018 Innovation Forum Oxford (IFO) created ACE (Awareness, Connectivity, Exchange) Saturdays–a series of workshops aimed at nurturing a culture of innovation and entrepreneurship amongst academic and clinical researchersaaa