LAB282 is a new funding partnership in Oxford, which has just awarded its first grants. We interviewed Dr Thomas Hanke, Expert in Residence at LAB282 and Head of Academic Partnerships at Evotec. Read on to find out what is so unique about LAB282, what it can offer and, most importantly, how to get them to fund your project!

Dr Thomas Hanke has over 20 years of experience in research and drug development in academia, biotech and pharma. Since December 2016, he has been overseeing a growing portfolio of strategic academic partnerships at Evotec, spearheaded by LAB282 in Oxford. 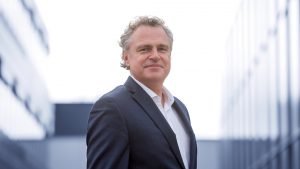 In his career, Thomas has sat at different sides of the innovation table. We asked him to take a look at the history of pharmaceutical innovation.

“Over the last 10-15 years many academics at centres of excellence have become more business-oriented, they have developed a good idea of what can generate business. This is now very pronounced in the US, but is also maturing in the UK,” he says. In addition, many technology transfer offices at world-leading Universities have become more creative and flexible. In the past, these offices mostly dealt with intellectual property, which resulted in tough negotiations. However, they now provide a whole package of support and are much more holistic in their approaches. One of such organisations is Oxford University Innovation, one of the partners forming LAB282.

“At the same time, pharma companies have become more creative in forming public-private partnerships.” For example, Novo Nordisk, where Thomas worked as the Sourcing Director at the Biopharmaceuticals Research Unit from 2007 to 2013, would have been completely different without their innovative partnerships. One of the issues faced by big pharma companies is huge cost pressure. Their own research is cost-intensive, while the research costs are fixed. To allow them to step into true innovation, they need more flexibility. Therefore, partnerships between academia and industry are needed. However, there is growing recognition among policy makers that a significant part of academic research fails to be reproduced by pharma companies. The focus of future projects must take reproducibility into account – and this is where LAB282 steps in.

What is so unique about LAB282?

LAB282 is a partnership formed to create a next-generation accelerator for academic science at Oxford. The four founding partners are The University of Oxford, Oxford University Innovation (OUI), Oxford Sciences Innovation (OSI) and Evotec. Building on lessons learnt from years of public-private collaborations, there are three main goals of the scheme:

The ‘glue’ of LAB282 is the technology validation provided by Evotec. This company, which employs around 1,200 specialists, is already experienced in forming partnerships around the world. However, according to Dr Hanke, LAB282 is a unique accelerator. The hope is that its uniqueness should guarantee its success.

The differentiating value proposition is the quick turnaround of projects. Taking the example of the first two projects, which were scientifically evaluated in November and December 2016. The official deadline for applications was in January; the decisions were made on 8th February; the projects initiated two weeks later and at the end of March one of them was already half-completed. The secret behind such unmatched speed is the pre-filtering and pre-assessment of potential projects during individual meetings between the local expert in residence (Dr Thomas Hanke) and Principal Investigators (PIs). Hanke, embedded in the local ecosystem, discusses the projects in person with the interested PIs at their convenience, which saves them a lot of time. He can make recommendations whether to apply in the current round of applications or wait until more research produces more results. The main aim of initial discussions is to prepare seed-fundable project plans. In the end, the main target of LAB282 is to validate principles with already available initial evidence. This is another thing which makes it different from traditional granting schemes – the projects are a little more advanced than in the case of usual research grants.

“LAB282 provides an integrated commercial framework into funded projects. In fact, the time to go from concept to series A funding is halved with the support from LAB282. Going from concepts to commercialisation is indeed something in which academics and the university need support.”

How did the partnership form – and why Oxford?

Formation of LAB282 resulted from a certain ‘gravitational force’ between the founding partners. The idea to formalise it was floating around in discussions between late 2015 and early 2016, when it was finally put into context, in February 2016. A few months of negotiations followed, which resulted in the official launch in November 2016.

Oxford was chosen for a few reasons. The University has been number one worldwide for biomedical research for years. Moreover, OSI has a strong history of funding successful projects and it can bring a lot of potential into the future. As mentioned before, OUI is a very creative and flexible transfer office, which provides very good alignment with the mission of LAB282. Finally, the close proximity of the science parks in Abingdon or Harwell is a huge bonus for freshly arising biotech companies.

The LAB282 partnership is designed to bring benefits for each party. While the research is done at Evotec and also at the University of Oxford, the scheme allows collaborative projects with other labs, as long as the strategy is agreed on by all involved parties. OUI and OSI provide the knowledge and financial capital. The main benefit for academics, OUI and OSI is de-risking of the projects through industry-standard validation, done by Evotec at their internal cost. In return, the company takes a small stake in the successful companies from the pre-seed funding stage.

The area of interest of LAB282 is therapeutics. “Potential projects can focus on any disease, and each project will be assessed individually and independently,” says Hanke.

The partnership has a portfolio approach, planning to fund 10-15 projects each year and then assessing which ones will contribute to portfolio growth. The funding amount is £250,000 per project, provided by the OSI. The minimum target is to form around 5 successful companies from around 40 projects funded over three years.

For the next round, the application deadline is 31st July. Decisions will be made within a month and announced at the beginning of September. All decisions are made by the Steering Committee: Dr John Davis, Dr Carolyn Porter, Dr Andy McLean and Dr Thomas Hanke (one nominee from each involved party).

At present, Dr Thomas Hanke travels and arranges meetings in order to increase the interest for LAB282, promote the scheme among different departments and brand it into the appropriate newsletters. He does all this to increase awareness among academics, who may find this support very useful. LAB282 should be interesting for junior researchers, because it promotes grassroots innovation. It fits well with the main message of The Innovation Forum and you will be able to meet Thomas at one of our upcoming events: From Discovery to Impact on 19th September.

From November 2013 to November 2016, Hanke was responsible for scientific advancement and commercial licensing of Evotec’s preclinical R&D projects in the areas of inflammation and immuno-oncology, with a particular focus on building high-value, performance based drug discovery alliances with academia and pharma.
From 2007 to 2013, Hanke was Sourcing Director at the Biopharmaceuticals Research Unit of Novo Nordisk, where he identified and evaluated partnering opportunities related to compounds, targets and technologies within haemophilia, autoimmune/inflammatory diseases, growth disorders and protein technologies. At Novo Nordisk, he initiated agreements with academic institutions and biotech companies both in Europe and the US.
Prior to joining Novo Nordisk, Hanke was co-founder and Chief Scientific Officer at the German biotech company TeGenero, where he headed the R&D efforts to develop first-in-class immunomodulatory monoclonal antibodies (2002-2007).
Preceding his entrepreneurial activities, Hanke was Group Leader and Assistant Professor for Immunobiology at the University of Würzburg (1999-2002) following a PostDoc at the University of California in Berkeley where he researched basic cellular immunology (1996-1999). Hanke received his PhD in Biology from the University of Würzburg in 1995. He is (co-) author of approximately 30 scientific papers in peer-reviewed journals.